The following text is by Adolph E. Peschke as presented in the 1998 printing of the 1993 edition of the Pioneering Merit Badge Pamphlet:

Making the proper splices in the proper places on your ropes is the benchmark of a skilled craftsman. Very often, the ability to do a neat job of splicing is placed on the top of the skills list of ropework. Making splices is not really all that hard to do. There are three basic types of splices that are typically made on three-strand twisted rope: an eye splice, a back splice, and a short splice. The basic process in all three splices is to unlay the strands at the end of the rope, then weave them over and under back into the rope to form the splice. In some cases the right knot could do the same job as each of these three splices: a bowline might be used instead of an eye splice; a Sheet Bend, Water Knot or Carrick Bend instead of  a short splice, and whipping could replace the back splice. Knots are bulkier than splices. Splices are neater and smaller and not likely to come untied in use. Splices in ropes make the rope secure and ready to go when needed.

There are a number of rather complicated splices. The eye splice, back splice and short splice are basic and well suited to the type of pioneering outlined (in this pamphlet.) The splices shown here can be made in any three strand rope (manila, sisal, poly, or nylon). Learning how to make the first tuck on each of the three strands is the key to splicing. The first tuck sets up the pattern for the following tucks and gives the splice a symmetrical appearance. Those first few tucks that you make might look a bit rough, but try to remember that neatness is one of the keys to a well-made splice. Try to prevent each strand from raveling while you’re working with it. Also, you should try to pull each set of tucks tight and with even tension. The rope should maintain approximately 80% of its strength if the splice is made with a series of three tucks on each of the three strands. If after making the first three tucks on all three strands, you reduce each strand to one-half of its fibers and make a fourth tuck, the splice will have a nice tapered look.

To learn the technique of splicing, it’s best to practice with a short piece of 1/4″ three strand manila rope. Avoid sisal and plastic rope until you have mastered splicing with manila rope. Even the best drawings of the steps for making a splice can look confusing. The best way to learn how to splice is to sit down one-on-one with someone who is familiar with the techniques and go over each step a few times until you get used to how the strands are woven together. Splicing is not one of those skills that you can do once and then never forget how to do it. It takes a lot of practice. 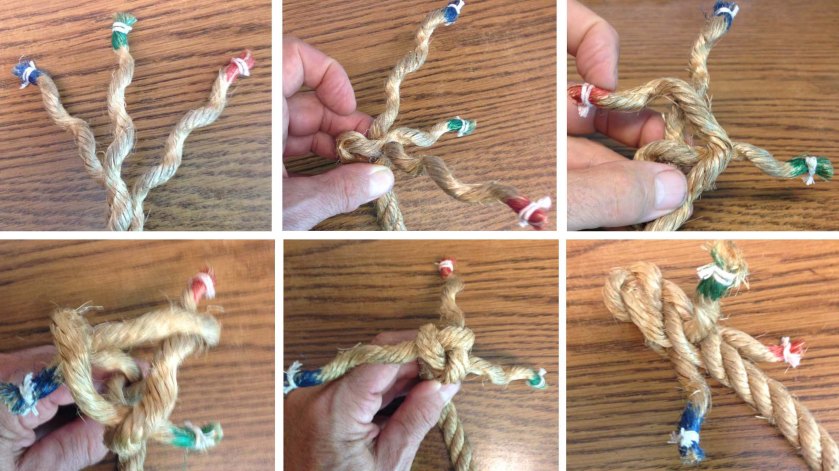 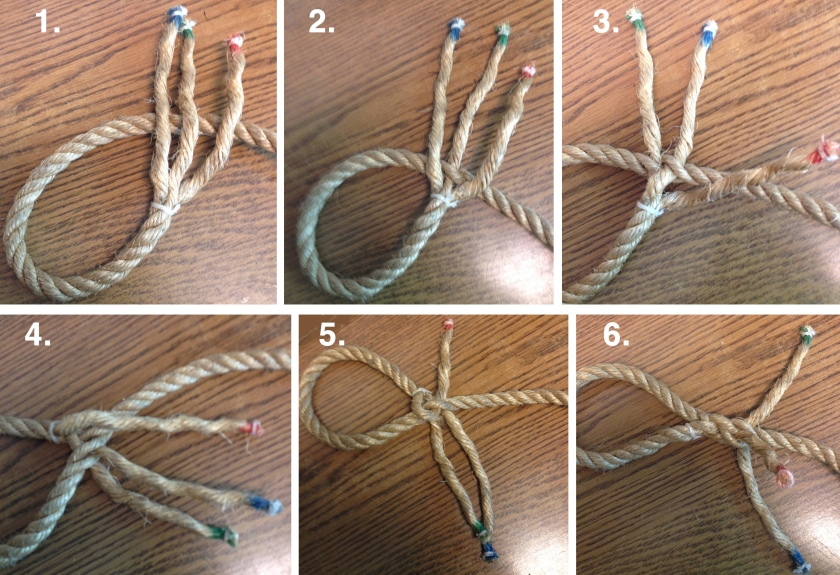 SHORT SPLICE A short splice can be used in place of a knot to join two ropes or the ends of the same rope together. If two ropes are being joined with a short splice, they should be the same type of rope and have the same diameter. Some of the applications of a short splice follow: 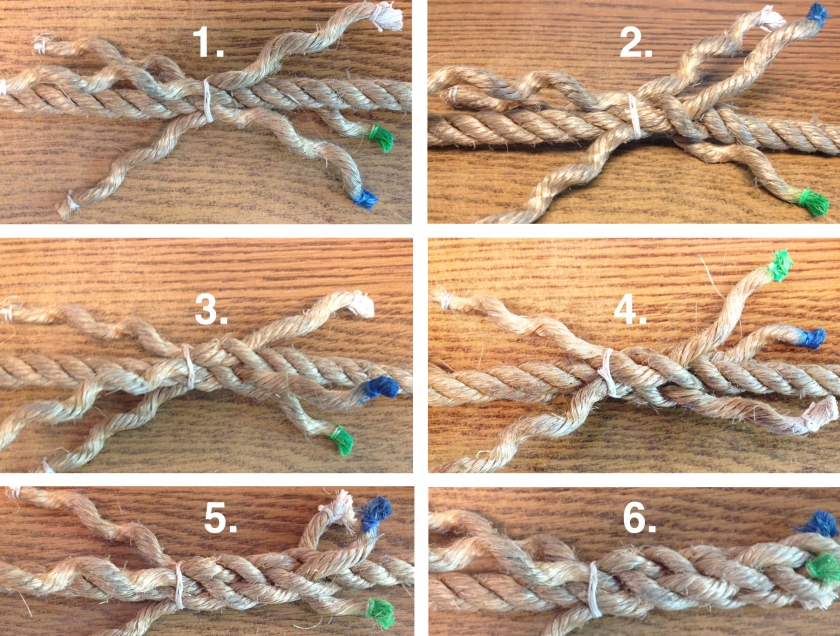